Alonda’s first children’s book Penny and the magic puffballs debuted in 2013 with 5-star Amazon reviews. The book has been a top 10 best seller on Amazon and has sold over 20k copies . As one of the more successful self-published children’s book authors, Alonda was selected to visit Amazon HQ in an advisory capacity. Since the book launch, Alonda has amassed over 35,000 social media fans of her work . These fans comprised of parents, relatives and guardians of the books readers are affectionately called Puffball Nation. 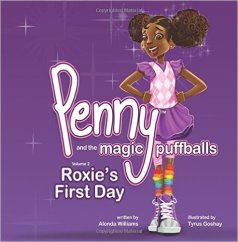 The second book in the series Penny and the magic puffballs: Roxie’s first day, launched in  2015 and also has received a 5-star rating on Amazon.

The third in the series will be published in 2017 along with Alonda’s 2nd book series.

Penny wanted to wear her hair “down” like all of the other girls in her class. She wondered why her friends had long straight hair and she did not. Feeling different made her feel sad. Penny’s mom assured her that her hair is perfect. Just because her hair is different from her friends hair, it didn’t mean that it was bad. Penny’s mom decides to style her hair in puffballs, magic puffballs.  Penny learns though a series of fun adventures, that wonderful and magical things happen when she wears her puffballs.  Join Penny as she discovers the magic of her puffballs.

To buy Penny and the Magic Puffballs visit Amazon or visit the  www.pennyandthemagicpuffballs.com 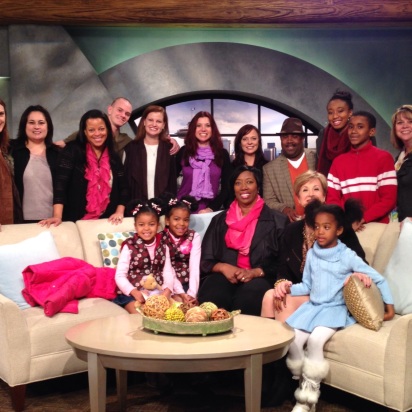